I got to hang out with the wonderful, and wonderfully talented, Elentori a while back.  I got to use her Cintiq for a bit.  When I finished the drawing and got the colors in, she did a good chunk of correcting and shading.  I finished it at home.

This was the result:

The other night I did a spontaneous stream that went for about 3 hours.  I took a small break about 2/3 of the way through to walk and make tea.  I drew another OC, Reya.  I’m going to off-screen or in another stream do corrections and finish it up.

I’m hoping to keep this going, especially with what I plan to get for my tax return.  😉

If I can finally get around to doing it, I will also finally get started on ‘So We’re Making a Comic! – Trying to get A(head)’!  My writer for ‘Syrens’ and myself have been discussing things we can do with the story to give it more character.  He’s suggesting a steampunk world.  It would change the tone I think, but I think a cannon AU would be fun instead. 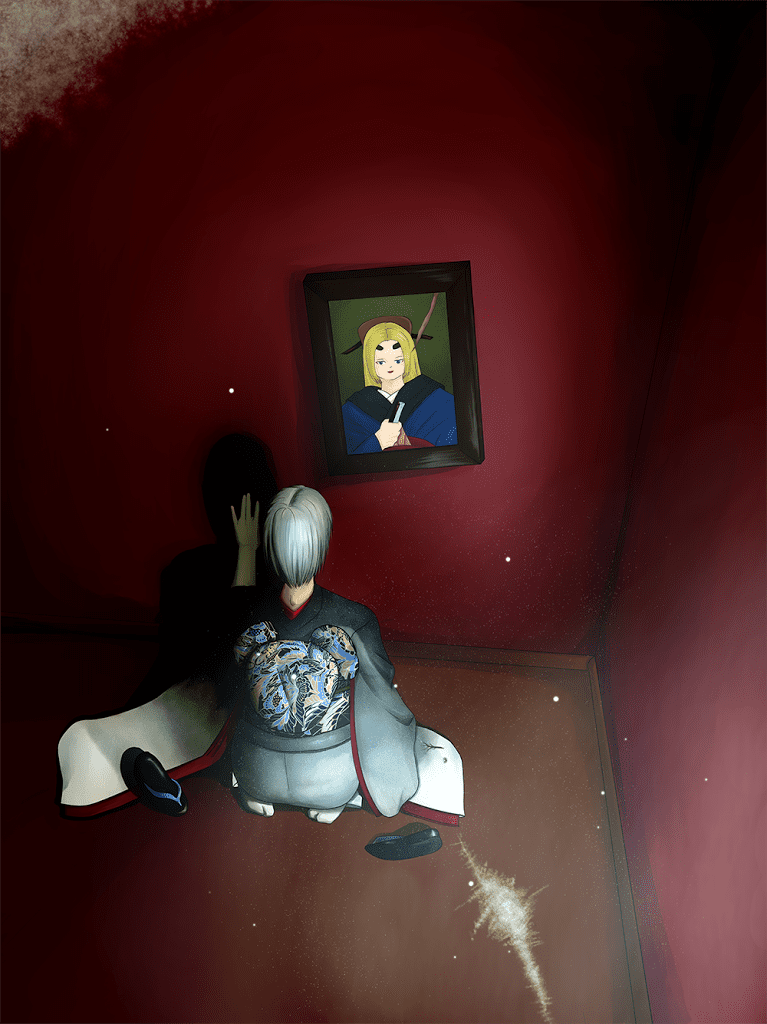 But I did complete a digital painting!

I have made some plans for what I’m doing next with my artwork.  I found an app recently called Evernote.  It’s been a life saver when ideas come to me at night.  One set I’m going to do is based on what I picture listening to certain sound scapes and such.

I also have a patreon page if anyone is interested in giving me monthly support.  I have also set up gigs on fiverr for drawing and inking services, or you can commission me.

Not much else has been going on.  Thanks for reading! 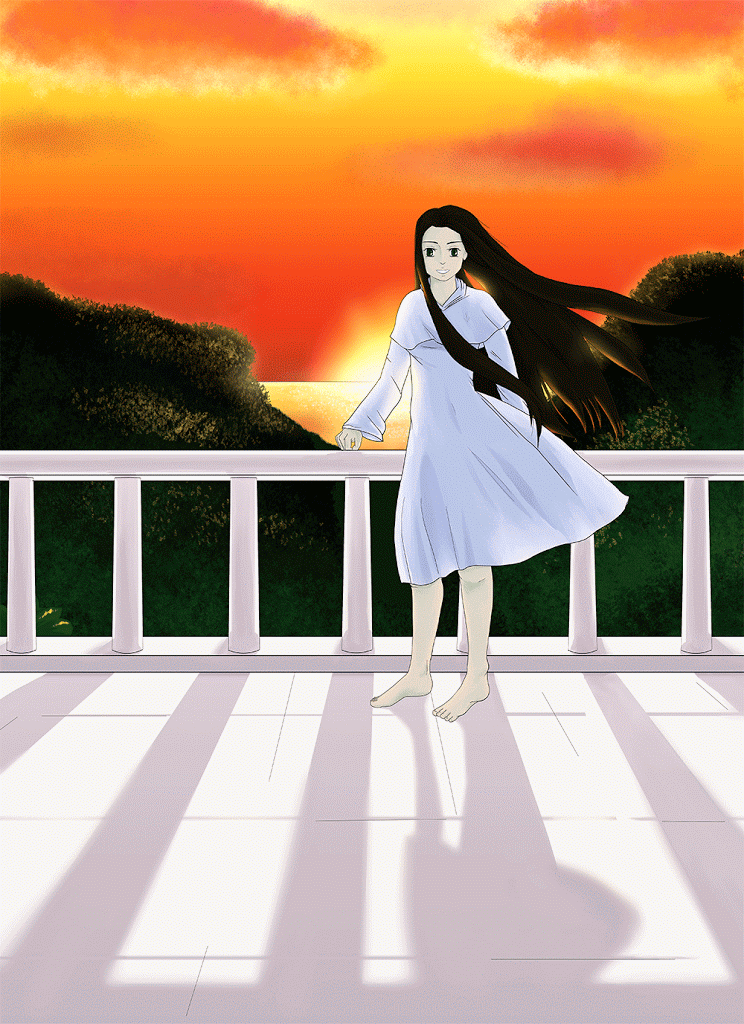 I’ve been working at a Lowe’s nearby since early April, and it combined with more job hunting and an ending lease hasn’t left me with much time outside of it.

I’ve been slowly working on things, and I have a couple commissions completed or in progress:

Character concept for indie-game in development
A BIG break for me once I get more info from the commissioner!

I’ve been meaning to get back to personal work, too.  I haven’t touched this one in a while, but I hope to whittle a little bit more from it soon:

This is a bit different from the original design that I had going.  There has been numerous fixes on the hands.  The kimono of the woman in the painting was originally pink and red.  What should stand out the most is the kimono of my character.  This was her original design…

and I always felt it needed a bit more.  I think adding the clouds were a nice touch, though I may lighting them a little when I get the chance to go back in.  I tried sketching it up with marker, and I plan to eventually scan that in and post it.  I feel the clouds give the snow I put in a bit more of a chance to stand out, and I think adds to the woodblock print look I was going for originally.

What do you think?

I think the other big update is that I discovered Patreon.  It’s a wonderful site where creators of varied content can get people to patron their work, or subscribe in a sense, to help the creator keep doing what they’re doing.  My creator page, where you can donate to help me with creation, is here.  I’m hoping if I can get donations it’ll be enough to help with my student loans, or be able to actually start some of my story projects. 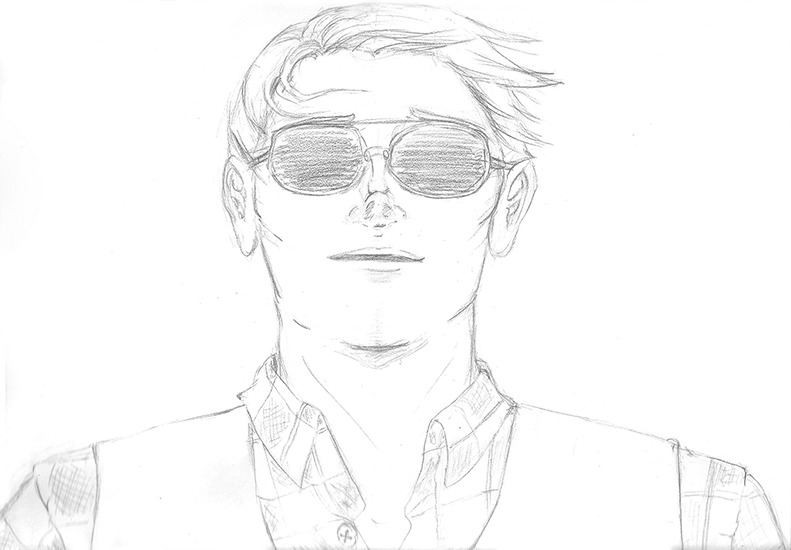 I redid the color scheme and such for the site!  It’s really nice and colorful for the new season.  Updates aside from that include: the return of a commission page, emails to contact me by in the footer, making the border of the images on the home page css instead of part of the jpg, some jpgs were changed to png, and the move from the page by page navigation to css format instead of jpg buttons.  Much easier to edit everything by.

I haven’t found a job just yet, but I’m looking every day and working on my networking for a job and also my art.  I got my account at conceptart.org active again, and it’s hard to appease people with roughs alone.  I have a few illustrations in the works now that I’m getting better and working on my composition and perspective.  I’m trying to get feedback on it.

My dad also said he’s willing to help me get driving lessons somewhere, though he should be coming down soon and I can see if I can get some practice from him.

I’m working on trying to draw at least one thing, spend some time on a coloring, work on a 3D model, or make a practice web page/design a day.  I’m trying to get back in to the swing of things and get some portfolio work.  I’m also going to seriously try starting the comic soon.  I’m going to something Sunday that’s supposed to be a Columbus comic makers fellowship.  I should get some good feedback and community building from it!

To tantalize I have this drawing, did some changes after noticing them.  Here’s Sam:

He’s a scientist in the world of the comic, and actually one of the head scientists working in medicinal technologies (or what the official term is).  The context of this drawing is that this is the first panel we see him in where he’s back on the island he loves so much, having to leave because of an emergency evacuation.  He’s there to assist some hired guns to investigate what went wrong.

Though I enjoy doing this…  Compare the above to…

Gah!  That.  His original drawing and color from 09 and 10 has so many things wrong with it, but it’s from when I first had the set of weird dreams that inspired Syrens.

I enjoy watching myself improve.  Someone recommended some books my way after he said some of my anatomy still seemed off.  (This was last week, but I know I still need some work.)  I wish people would help on what I ask, mainly my points above, instead of getting so worked up on something people take years to master anyway.

I worked on my commission prices after some feedback if anyone wanted to take a look on the commission page.  Every little bit helps, and you also get an original piece of art out of it.

Think that’s about it for now.  Hopefully see everyone sooner than a month.

Christmas is only a couple days away but it sure doesn’t look like it outside.  My area got hit by a ton of rain with flash flood warnings.  As far as the forecast looks, there will also be no snow again.  I did get a drafting desk I can probably later use as a light table.  There’s just space issues right now so I can’t set it up.

Anyway, I’ll also give a quick update on how my art is coming along.

I also started work on something I’ve titled City Window.

Still a bit of work to go, though…


Lately I’ve also been working in Blender.  I made a logo:

and a still life:

The still life is a little special because the tea set was a high school project in arts class.  I made it hoping my friend Maya and I would be able to use it some day.  That day never came, though, since the majority of it never got glaze fired.  At least now we have our tea.

I graduated from college a couple weeks ago.  It’s weird having so much time on my hands, but I’m making the most of it.

Again, Merry Christmas to everyone and I look forward to seeing some of you at Ohayocon or around! 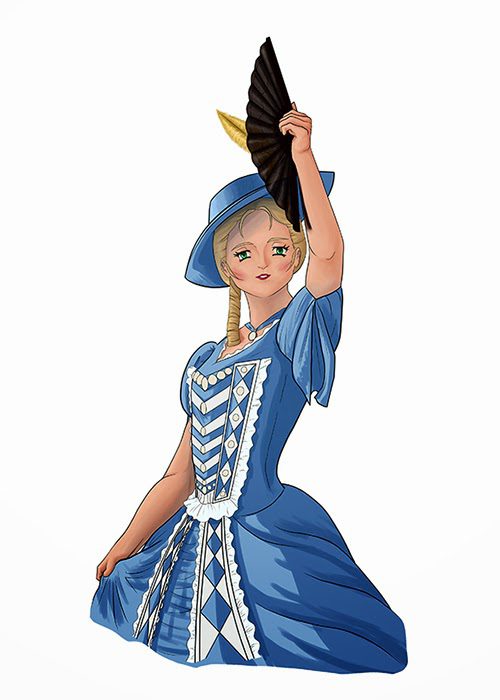 I noticed that if I waited six more days, I would not have made a post on this blog in two years.  I decided to make a small switch with how I managed my site and this blog.  While my site (My Portfolio) would focus mainly on my art and projects, this blog would be about announcements, showing progress on work, and other things.
I’m going to take this opportunity to show a work in progress and compare it to my first art post.

Originally seen in: http://akaneart.blogspot.com/2010/08/its-been-while.html#links
I’m expecting the work on top to take a few more hours.  I’ve been working on my speed now that my craft is slowly getting out of the way.
I also still never made that michiyuki I bought the fabric for, but I still have the fabric and plan on making it.  I’m graduating from college (finally!) next week so I should have time.  While I look for a job I’m open for commission.
I’m also attending Ohayocon 14!  This will be my fourth time at Ohayocon in a row.  I’m doing better with each consecutive year, and I’m hoping this year is fairly successful.
All in all, I hope this is the start of something great!